Here is a photo report of the 10-day Peace Training Programme for Young Leaders which took place at the Ifugao State University in The Philippines from 7th to 16th February this year.We reported the event in a previous blog post titled Hiroshima Nagasaki Exhibition At Mindanao so in today’s post we’d like to show you some photos of some of the people who took part in some of the other activities. 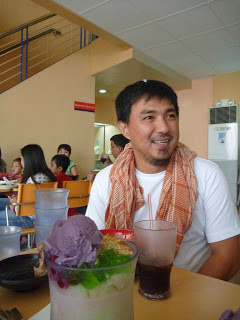 The photos show various members of these networks as well as JICA and other participants.

In this photo (right) Abdul Hamidullah – whose nickname is “Pogi-san” – is in a cafe on Luson Island with Tomoko and other members of the Suimasen Family group. They are all eating some famous Philippine style ice cream.

Pogi-san is the president of an NGO which provides safe drinking water for small communities in Lanao province, Mindanao. 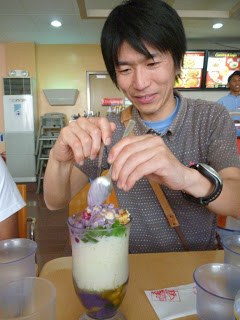 This photo (left) is of Kouno-san, a member of the Japanese Suimasen Family group.

He travelled to the Philippines  with Tomoko-san and is busy tucking into some ice-cream! Kouno-san is a professional peace education facilitator at Ifugao State University and runs his own education NPO in the Philippines.

In the next photo (below), we can see Komiya-san (wearing a checked shirt and looking at the camera). Komiya-san is a member of Suimasen Family and also the Japanese Overseas Volunteer Association (Seinen kaigai kyouryouku kyoukai).

He is a civil engineer who is responsible for the water supply project in Mindanao, which was set up by Pogi-san’s NGO.
Also in the photo is Aldrin Bucoy (black tee shirt) and Janice Almagro Jalali (yellow tee shirt) and Martha Patriarca (long haired woman). Martha works for JICA, while Janice and Aldrin are colleagues at the Peace Crane Center at Notre Dame of Jolo College, Jolo, Sulu, and Samboanga City in Mindanau in the Philippines. 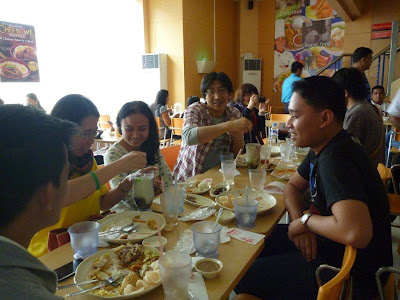 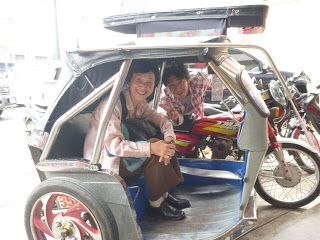 Tomoko was in a hurry to get to her next appointment and jumped into a tuk tuk!

This is a common – and popular – form of transport in the Philippines.

The the group also visited Luzon in the north, and while they were there they visited the beautiful Ifugao World Heritage Site (below), famous for its traditional terraced hillsides. Farmers have been working the terraced rice fields for over 2,000 years…

Luzon Island was the scene of a massive battle during World War Two and much of the area was devastated. 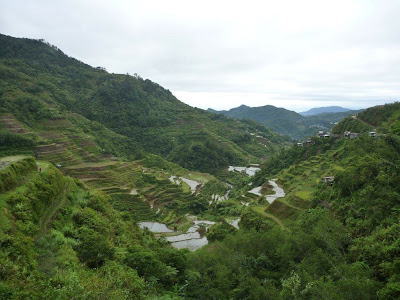 Here is a group photo (below) of JICA staff and Suimasen Family members, with Junko Hattori (sitting at the front in the purple yukatta). Junko is a member of the JICA staff and is a translator. She is also responsible for cultural exchange between Japan and the Philippines at Ifugao State University. 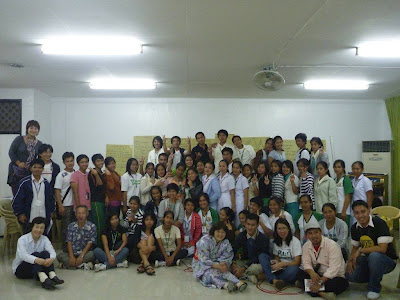 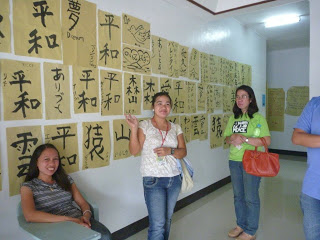 In this photo (left), Janice Almagro Jalali (on the right, in the green top) is looking at an exhibition of peace messages written in Japanese and English.

The peace messages were made by some of the students of Ifugao State University. 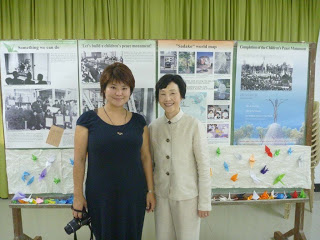 In this photo (right) Tomoko-san is standing in front of a Hiroshima-Nagasaki display with Akio Kimur.

Akio-san is a JICA overseas volunteer. Shi is working for two years at Ifugao State University. 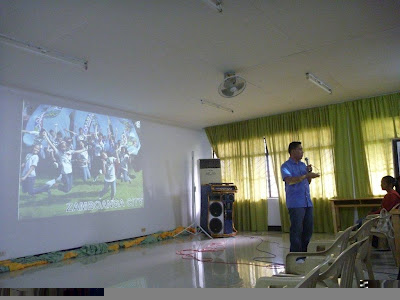 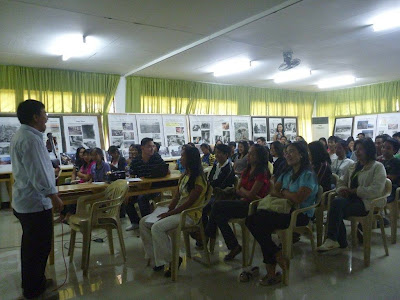 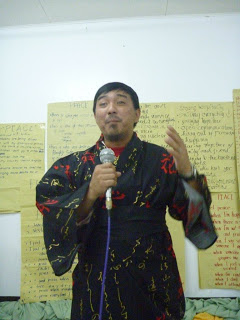 Here is one more photo of Pogi-san.

This time he is wearing a Japanese men’s yukata (a kind of light summer kimono) and addressing students as part of a Japan-Philippines cultural exchange and peace-message writing activity.

You can see up on the wall several peace messages, written in English and Japanese, by the students who took part in the event.

After the training programme was over, the group returned to Manila and held a farewell gathering of the Suimasen Family. In this photo (below) some members of the Japanese and Philippines Suimasen Family group are gathered outside the Cafe Via Maria, where they have just enjoyed some drinks and snacks before saying “Sayonara” – until next time… 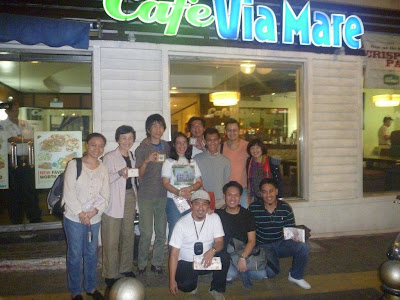