Here are a few photos which were taken by one of our group members as part of our fact-finding and emergency relief mission to areas affected by the Great East Japan Earthquake and Tsunami. 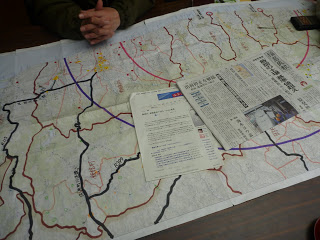 Iidate village in Fukushima is just outside the 30 kilometer exclusion zone (purple line on the map, above), but as the village has been in the path of prevailing winds passing over Fukushima, the villagers have now had to be evacuated. 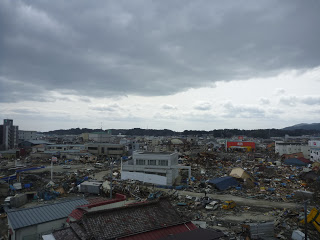 Kesennuma city in Miyagi prefecture was utterly destroyed by the tsunami. 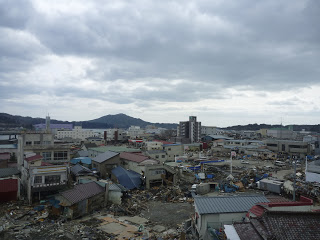 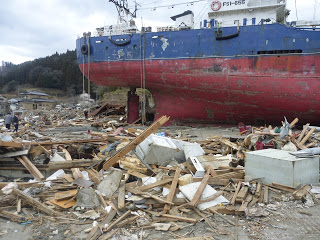 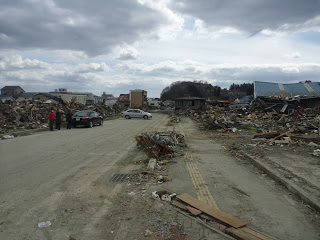 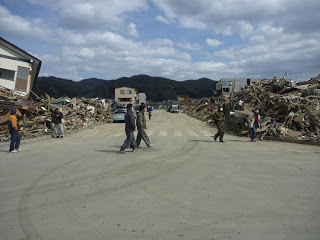 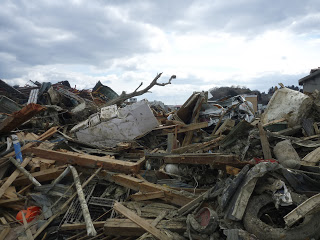 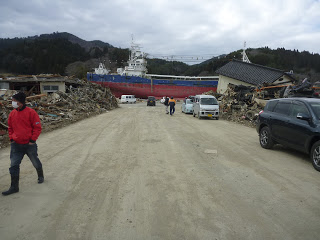 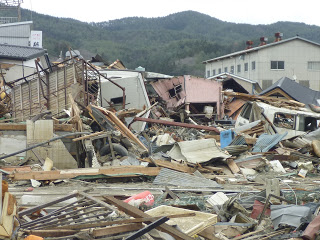 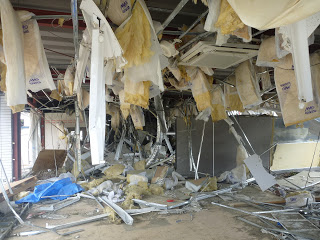 This is the interior of a post office in the area. 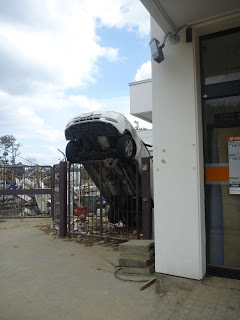 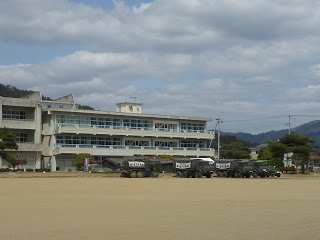 Kesennuma junior high school has become a refuge centre for displaced people from the area. In the photo above, Japanese Defence Force trucks provide emergency relief. 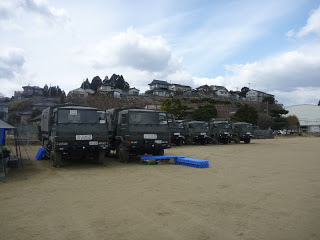 More Japanese Defence Force Trucks. The JDF has played a major part in the relief operation.