In the next three blog posts we will feature reports from three residents of Fukushima about how they were affected by the earthquake and nuclear disaster that hit north east Japan on 11th March 2011.
The reports were translated into English by Elizabeth Baldwin and read out at several commemorative events that were held in South Carolina on 11th March 2012. Elizabeth has kindly offered the translations to us for publication on our blog. 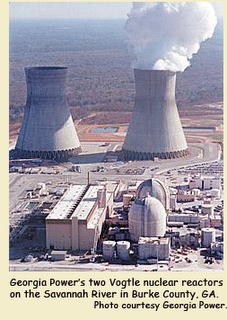 South Carolina shares a border with the state of Georgia, where an energy company called Georgia Power has received a license to build the first two nuclear reactors in the USA for 38 years. The reactors are to be built at Plant Vogtle, Burke County on the Savannah River, which borders Georgia and South Carolina.

So the 100 people who gathered at the Fairfield Missionary Baptist Church in  Burke County were there both to commemorate  the victims of the Fukushima earthquake, tsunami and nuclear disaster and to protest against the plans to build those two new nuclear reactors.


Author and anti-nuclear activist, Shoji Kihara, the son and brother of Hiroshima a-bomb victims, attended the event in Georgia. He said,

“It is unbelievable to me that Plant Vogtle was approved so close after Fukushima,” he said. “Stopping Vogtle will eliminate the revival of nuclear energy in Japan.”

The three reports from residents of Fukushima will follow over the next few days.