ANT-Hiroshima friend, Mr Hector Nihal, Director of the Aids Awareness Society in Lahore, Pakistan approached us with a proposal to hold two events on 6th August 2014 to commemorate the atomic bombings of Hiroshima and Nagasaki.

Hector also proposed to hold a peace-poster competition at several schools. The winning posters will be used to create a peace calendar for 2015.

In his proposal, Hector explained that,

Pakistan is one of those countries that has nuclear weapons along with its neighbour, India… Pakistan is also one of those countries where peace has become a dream for every citizen, but religious conflicts, political conflicts, war and terror, drone attacks, suicide bombs, target killing, increased inflation, conflicts with neighboring countries and within the country have affected the peace of mind of every Pakistani.

Hector would like to contribute to the promotion of peace education in Pakistan so the 6th August Commemoration programs in Lahore and Karachi are intended to appeal to Civil Society Organizations, journalists and intellectuals using educational materials donated by ANT Hiroshima.

At the same time, Hector believes that,

6th August is a day of concern for all peace loving people around the globe and to raise their voice to call for peace and say no to mass destruction Nuclear weapons, and if we really want to change the world it is important to involve young people the youth, to become ambassadors of peace.

The poster project involved 1000 students at 10 high schools in Lahore and Karachi, who were taught about the effects of nuclear weapons and about the destructive power of Nuclear Weapons in  Pakistan.

Here are some pictures of the posters that were created and displayed at one of the schools: 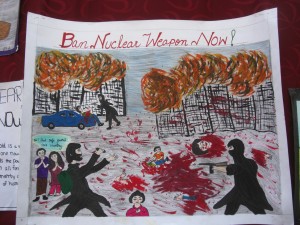 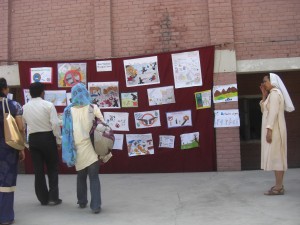 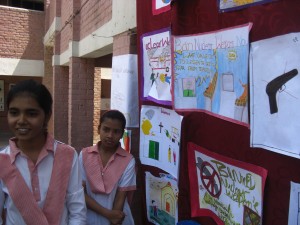 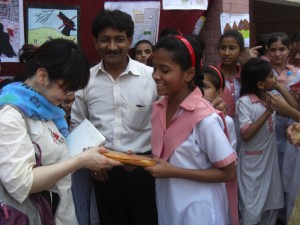 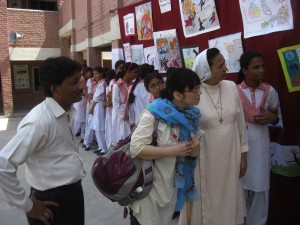 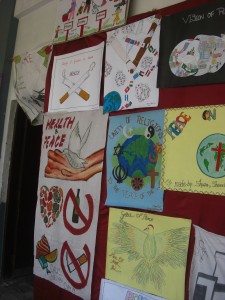