On 11th March 2014, people gathered in Peace Park, Hiroshima, to commemorate the third anniversary of the The Great East Japan Earthquake. The event was marked with candles, and colourful umbrellas, each with a flower design on it and illuminated with a light attached beneath the canopy to illustrate the theme of the memorial, “one flower blossoming in all our hearts”. 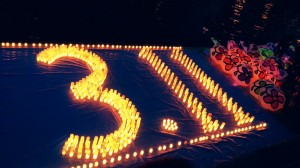 Candles were used to commemorate the date of the disaster.

The umbrellas looked beautiful reflected in the Motoyasu river as night fell. 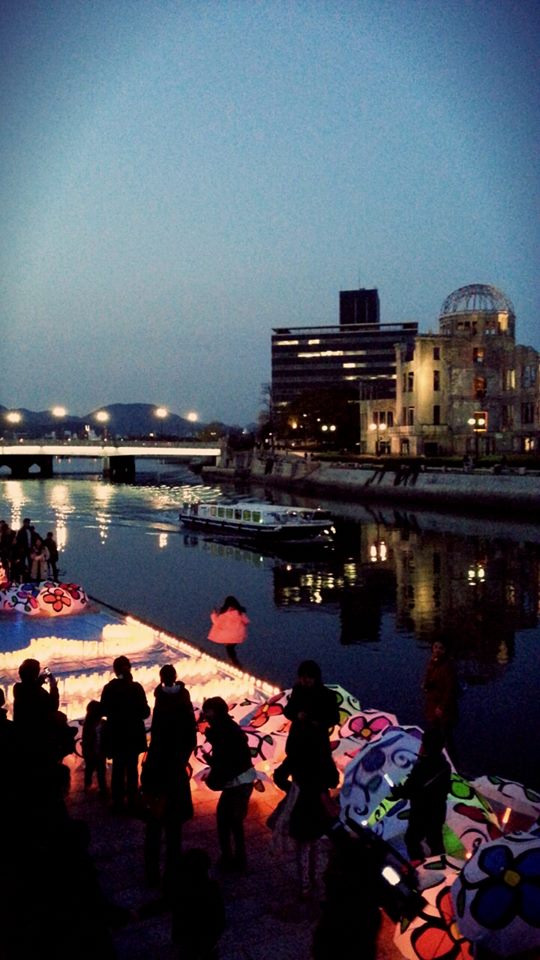 The ceremony was held on the Motoyasu river bank opposite A-Bomb Dome. 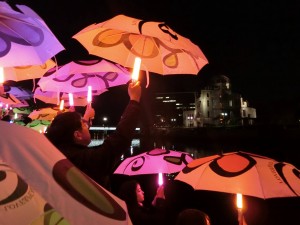 During the ceremony, participants held up illuminated “flower design” umbrellas. 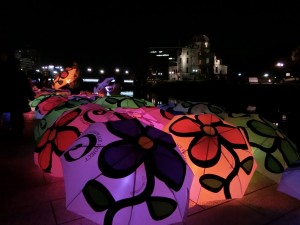 The illuminated umbrellas were placed on either side of the candles. 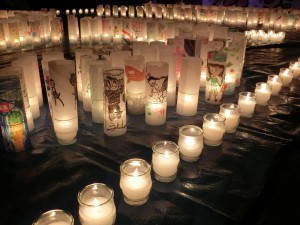 School children had drawn commemorative illustrations on the candle holders. 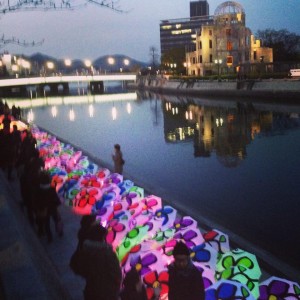 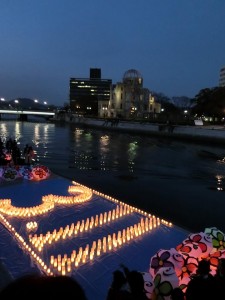