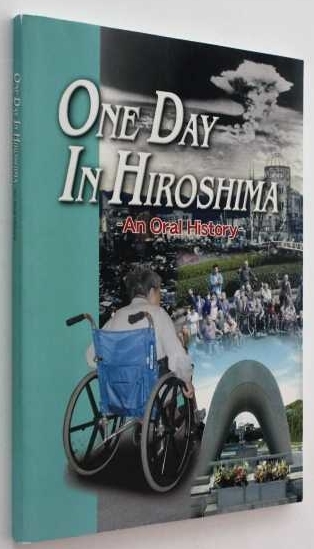 International Physicians for the Prevention of Nuclear War (IPPNW) recently made the book “One Day in Hiroshima: An Oral History” available online as a  free PDF. (The French version can be found here.) The book, written by former Hiroshima University Professor Nanao Kamada, M.D., M.Sc., and originally published in 2007, offers both a scientific and social introduction to the atomic bombings of Hiroshima and Nagasaki. In the foreword, Professor Kamada wrote, “I hope this book helps you to understand the actual situation of the survivors.”

“One Day in Hiroshima” is organized as a series of questions to an unnamed, elderly hibakusha living in a nursing home specifically for survivors. One side of each page contains her response to a question, while the other side includes more in-depth information, including charts, statistics, and photos, about the subject.

Along with explaining the permanent physical and psychological effects of the atomic bombings — especially radiation — on people, “One Day in Hiroshima” also describes measures by national and local government to give medical support to hibakusha, including those living abroad. Finally, the book touches on how Hiroshima memorialized the bombing through the Peace Park and Museum, various monuments, and peace education.