ANT-Hiroshima received a report from Shoaib Haider a key member of the NGO, HOPE’87 in Pakistan about the situation there in the wake of the huge scale of the recent floods.

This disaster is on a much larger scale than the terrible earthquake of 2005.

Background to the Pakistan Floods

The rain during the last week of July in upper parts of the country resulted in flash floods in the districts of Swat, Dir, Peshawar, Nowshera and Charsadda in the Khyber Pukhtoonkhwa Province (KPK). The flood waters after wreaking havoc in those districts, continued to cause vast flood damage in at least 8 districts of the Punjab province. The flood-waters carried by the mighty Indus river rushed on to the province of Sindh in the south and 11 other districts there are highly at risk.

The flood-waters have already affected about 4 million people with over 250,000 houses damaged so far. Over 1.600 people have already lost their lives.

A second spell of monsoon rains has entered the northern and southern districts of Pakistan. Widespread heavy rain is being reported in Islamabad, and the districts of KPK since this morning.

Education: More than 500 schools were flooded in the affected districts of KPK. Standing water inside the school buildings has totally destroyed the school furniture as well as caused structural damages to the buildings.

Water: The flooding has resulted in destruction, collapse and contamination of water wells and water sources. The access and availability of clean drinking water is one of the major needs at the moment. The lack or flooding of sanitation facilities is compounding the problem. In KPK six districts have reported cases of acute diarrhea.

Hygiene kits are urgently required to prevent outbreaks of diseases.

Food Security: The flood-waters have destroyed, damaged or contaminated food supplies (such as food grains, cooking oils, sugar etc.) at household levels. Lack of stoves, cooking utensils, fuel, water etc. are adding to the difficulties of food access and security. The ready-to-eat food availability is required urgently. The loss of standing crops and livelihoods is adding to high food security problems. Damaged infrastructure is making it difficult to arrange the logistics of relief goods.

Shelter: More than 250,000 homes have been destroyed completely or partially damaged. Some 2 million people are without shelter.

Here are some photographs Shoaib sent us recording scenes from one of the flood-stricken area. The photos really help us to get some idea of the scale of the disaster: 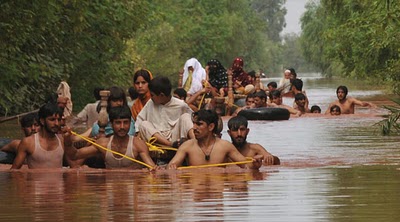 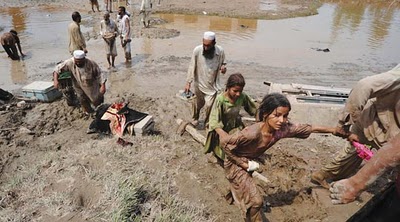 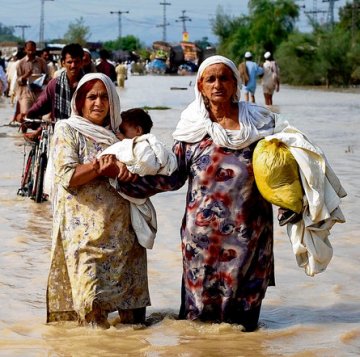 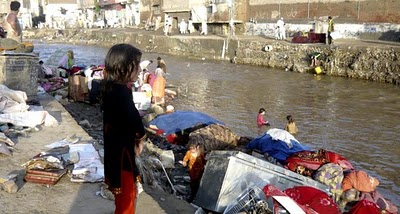 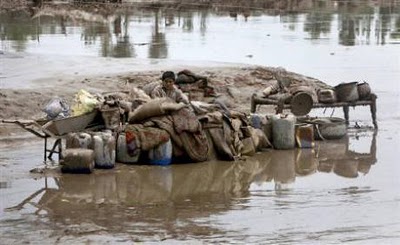 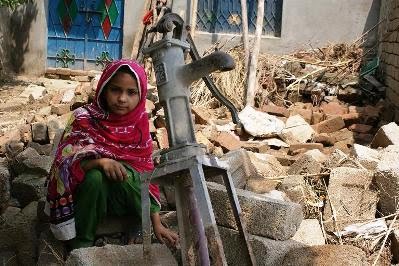 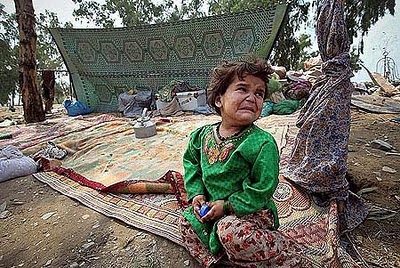 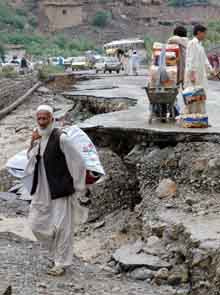 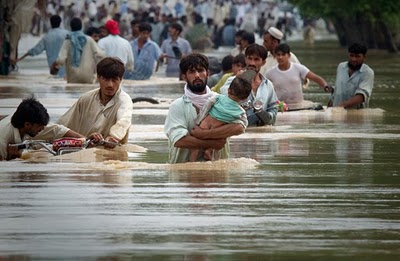 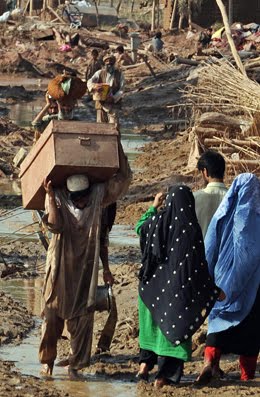 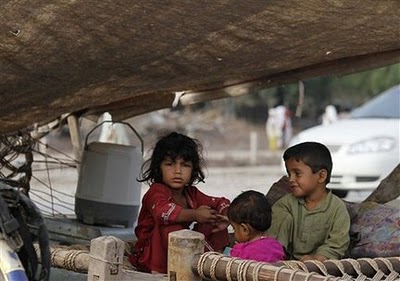 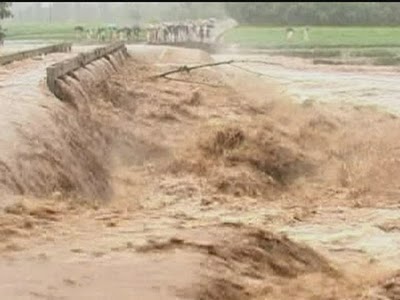 In response to the disaster ANT-Hiroshima is assisting HOPE’87 in providing immediate relief. However, our resources are very small compared to the scale of the disaster.