Relief Efforts in the Aftermath of Nepal’s Earthquake

On the 25th of April 2015, central Nepal was struck by a magnitude 7.8 earthquake. Eight hundred people lost their lives, and hundreds of thousands more were left homeless by the disaster.

Nepali medical students studying in Hiroshima joined forces with Hiroshima citizens’ groups to create the Hiroshima-Nepal Earthquake Relief Team, which began relief efforts as quickly as possible. The Relief Team gathered donations to purchase medical supplies to send to Nepali hospitals, and volunteers traveled to the capital city of Kathmandu and the surrounding area to give free medical care, gather information on conditions, and find housing for displaced people, among other activities. 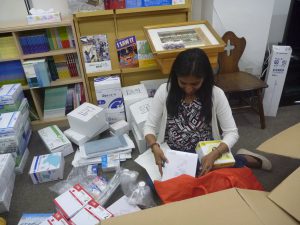 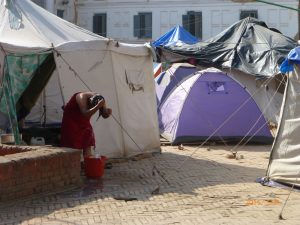 ANT-Hiroshima also participated in the relief effort. Tomoko-san, Professor of Neurosurgery Kazunori Arita, and Doctor of Neurosurgery Masayuki Sumida traveled to Nepal to distribute donations to various medical teams. The two doctors also performed many surgeries free of charge at Annapurna Neurological Institute, as well as taking part in a meeting on medical relief efforts. At the meeting, they gave words of support and presented the donations, intended for temporary housing, a rehabilitation hospital, and other facilities, along with three suitcases worth of medical supplies. Using the donations, the Relief Team was able to build many temporary houses for displaced people. 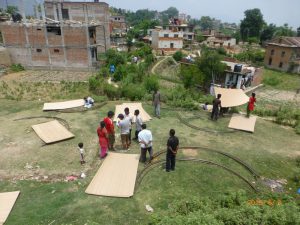 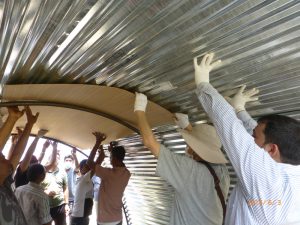 On her first trip to Nepal, Tomoko-san gave the newly-elected mayor of Kathmandu copies of the picture book “Paper Crane Journey,” to be distributed to public schools, along with a letter of encouragement and support from the mayor of Hiroshima. On her second trip, Tomoko-san directly gave many copies of “Paper Crane Journey,” translated into Nepali and English, to public elementary schools, in order to teach children about the story of Hiroshima — the bad and the good — and bring smiles to their faces. Hopefully, Nepal, like Hiroshima, will be able to recover quickly from the disaster that occurred there. After a bilingual reading of the story, Tomoko-san taught the students how to fold paper cranes. The ANT Hiroshima representatives also returned to Annapurna Neurological Institute to support the surgery department and give copies of “Paper Crane Journey” to the young patients. 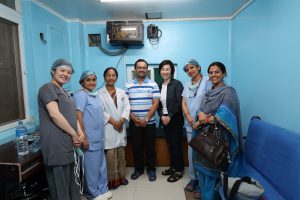 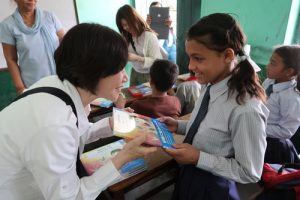 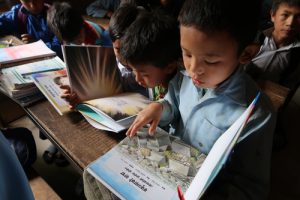 Even after Tomoko-san the majority of the Earthquake Relief Team representatives returned to Japan, they maintained the important ties between Hiroshima and Nepal and continued to support the establishment of a rehabilitation hospital for children in Nepal, as well as other long-term recovery efforts.