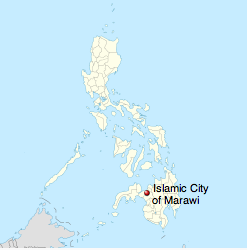 Marawi City is the capital city of the province of Lanao del Sur on the island of Mindanao in the Philippines.

It was here that the Fifth Youth Congress Peace Summit was held by The Royal Sultanate of Madaya Youth Organization with the support of ANT-Hiroshima and some local organizations, under the auspices of our friend, the Sultan of Marawi, Abdul Hamidullah Atar, who we know as Pogie-san. 🙂

Pogie-san was enthroned as Sultan of Marawi in December 2013. Here is a video compilation of some photos taken at his enthronement…

Here is the official banner of the Peace Summit, acknowledging ANT-Hiroshima’s contribution: 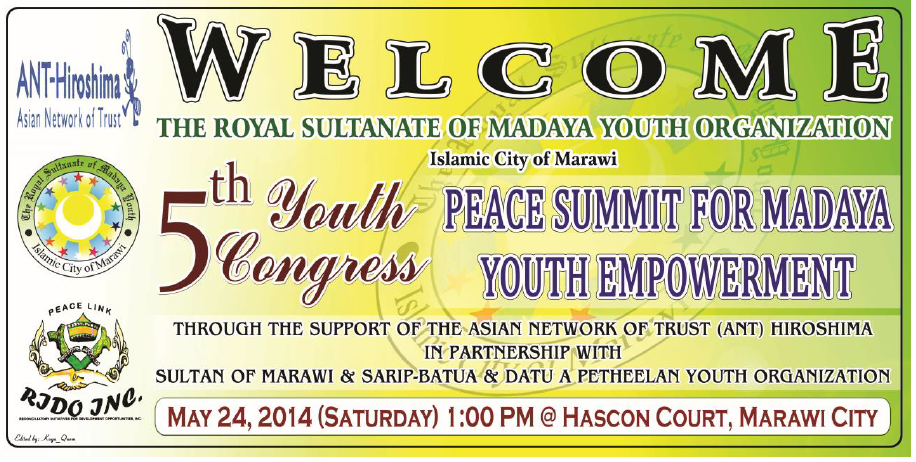 We would like to take this opportunity publicly to thank the Sultan of Marawi, Pogie-san, for his sincere efforts in building peace on Mindano Island and for his tireless co-operation with ANT-Hiroshima.